The prototype was built by R & W Hawthorne in 1880 for Whigham Richardson’s Neptune Shipyard on on Tyneside. It incorporated Charles Brown valve gear and a vertical steam tram type boiler.

Ken commenced work on his Neptune design circa 1987 [date found on his smokebox saddle sketch.] His approach to this loco design was by way of a number of A4-3 drawings and sketches alongside a series of construction modules.

Not to be daunted by something so trivial as an “incomplete design” – stalwart TSMEE members- Steve Lowe, Jim Mountjoy and Robin Hedley have all progressed to part-built Neptune’s at various stages of completion.

Jim goes on to say:

“The valve gear was designed by himself and developed in partnership with Mick Jordison. Much later it was assembled as a working engine by Robin Hedley based on their drawings.

Walter Ogden was provided with a copy of the original patent by a friend however this only provided a clue as to the sliding trunnion aspect ….”

Robin and Jim have since collaborated on all of the missing details in the model which widely incorporates features of the Hawthorn original of Neptune.

Tantalising for us and hopefully in the not to distant future, Jim is planning a “an Historical Reveal” – and so we can only look forward to the prospect of Jim shedding yet more light on this fascinating era in Tyneside’s industrial heritage.

Robin Hedley has also been busy and is just about sorted with his boiler based on a few initial sketches by Ken and much of his own drawing board effort – all of which would hopefully have Ken’s blessing [difficult.]

With boiler, valve gear and rolling chassis combined, Robin reports “…. it runs well on compressed air with a nice bark from the exhaust.”

Hopefully there’s more to come on this build. Meanwhile take a look at Robin’s progress …. 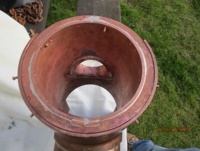 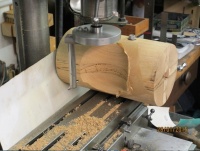 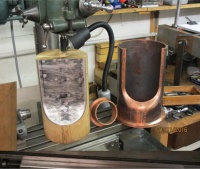 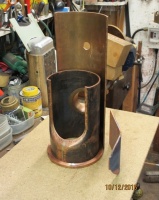 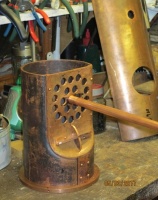 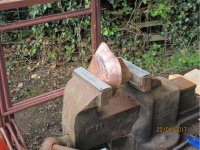 More on Neptune is in the pipeline – however as with all Ken’s designs we would very much appreciate futher contributions from those with knowledge of this build ….

"ANNOUNCEMENT" – NORMAL SERVICE HAS RESUMED. Look forward to seeing you at our next Public Running Event Sunday 5 Junefor more info ....