In model engineering circles Ken Swan has long been an acknowledged authority in all matters 7 ¼-inch gauge. Borne of an era in which engineering predominated Tyneside and born under the combined influence of a grandfather and father who were themselves well immersed in regular and model engineering.

Having started out modelling boats and aircraft, his early interests soon developed into live steam engineering.

In a professional capacity he had worked the shop floor and drawing office of various local engineering firms. He also trained as a marine engineer and served some 5 years on steam driven vessels. Latterly he was to share his expansive machanical skills with aspiring engineers as a technical lecturer.

Going back to the 1950’s, the predominant live steam scene was then focused on 3 ½ and 5-inch scales.

However, that situation was about to change and Ken’s 60 years-worth of innovative thinking and technical contributions came to significantly influence an emergent interest in 7 ¼-inch designs.

Over the years, Ken both designed and contructed some notable model locomotives – among them, Bridget – Jessie – Shelagh – Wren – Koppel and Neptune examples of which continue to be built and steamed throughout Europe and as far away as Australasia and America.

Common to all Ken’s designs is a fundamental engineering philosophy that is problably best defined as being “pure whilst functional.”

“…. Whilst being based on a wide variety of prototypes, Ken’s designs shared many features. With his particularly eye for detail, all his locos have small but accurate features which make the difference between a basic model engineer’s effort and a convincing miniature.

However, this was not at the expense of reliability. All were designed to be robust and suitable for many hours of hard work. He specified the use of high-quality materials. His outstanding craftsmanship in both machining and fitting always resulted in years of trouble-free operation with only minimal maintenance ….”

“…. Ken’s preferred valve gear was Walschaerts, though he also used Stephenson and Hackworth with good results. His technique to develop a suitable gear, was based on wooden models. Components were adjusted until the desired valve events met with his satisfaction. The gear on all his designs notches up to almost mid position whilst maintaining an even beat ….”

His definitive work and ideas allied to his absolute commitment to his craft have inspired and encouraged so many others to follow suit. 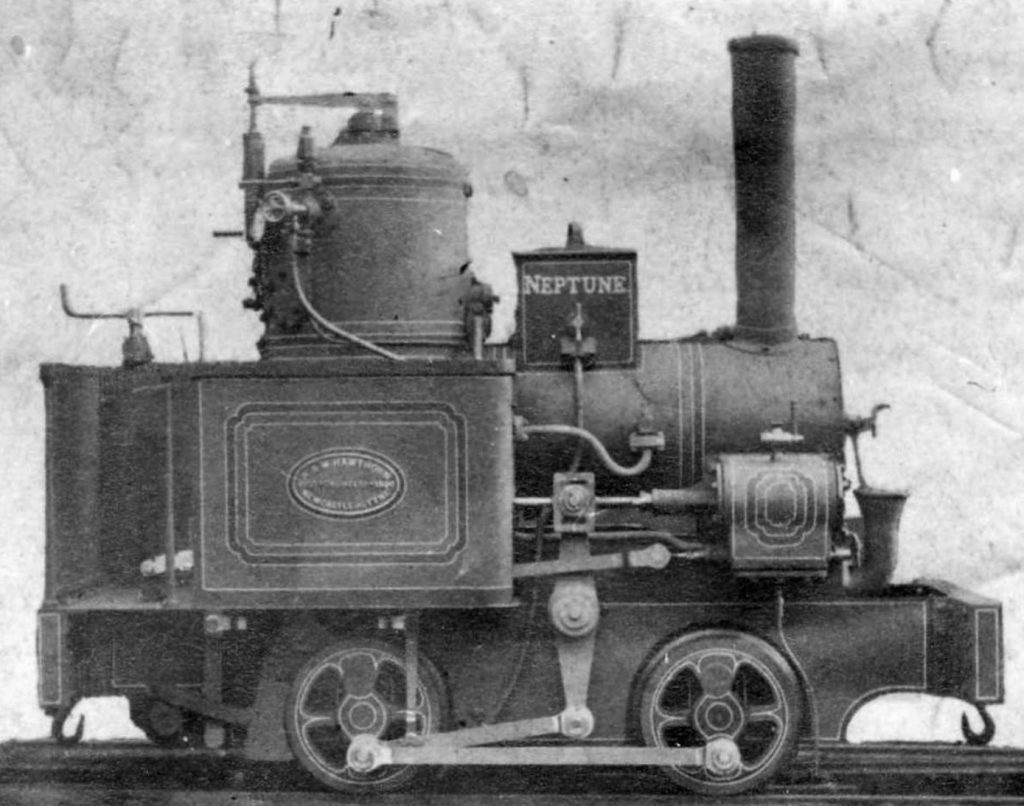 The prototype was built by R & W Hawthorne in 1880 for Whigham Richardson’s Neptune Shipyard on on Tyneside. It ….
…. read more 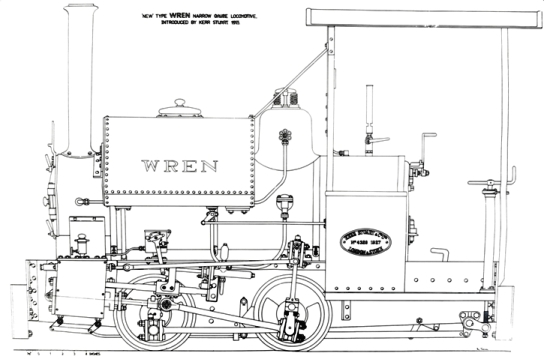 Ken’s prototype for Wren is based on British locomotive builder Kerr Stuart contractor’s engine which was built circa 1927 The ….
…. read more 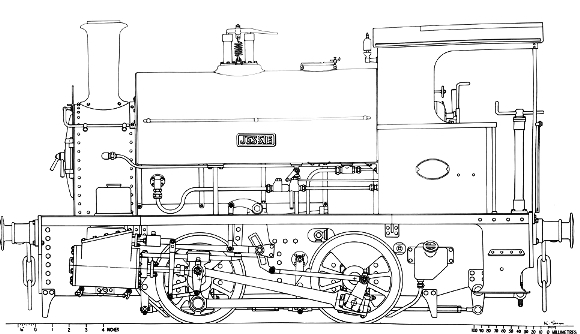 An freelance 0-4-0 saddle tank with outside cylinders and Walschaerts valve gear. The design incorporates many parts which are common ….
…. read more 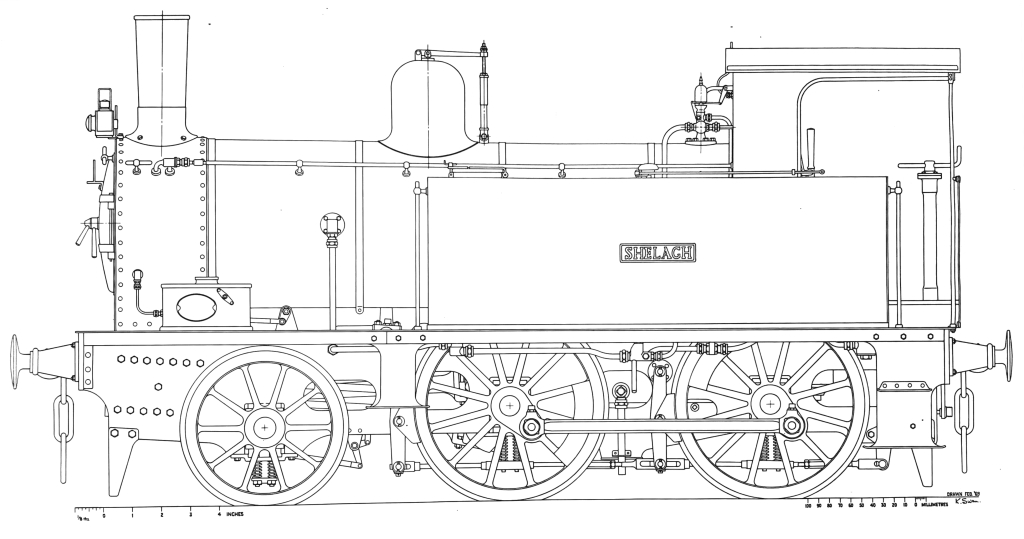 This is a freelance 2-4-0 tank with inside cylinders and Stephenson gear. Ken never produced any drawings for this loco, ….
…. read more 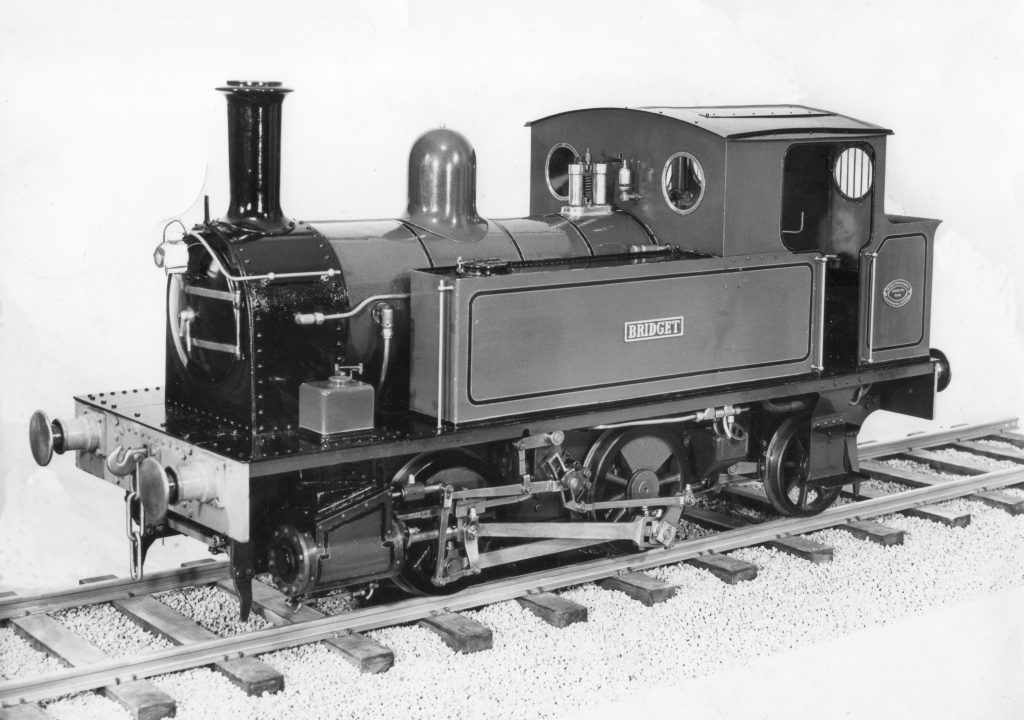 This was Ken’s first design, built from 1959-61. He particularly wanted a loco which could be built on a Myford ….
…. read more 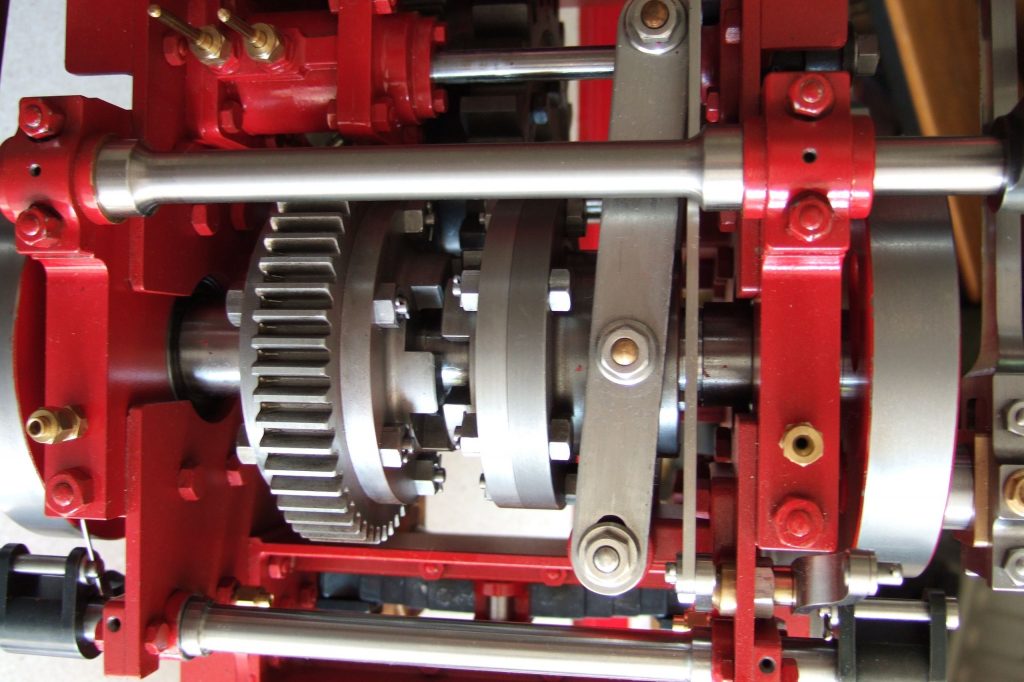 Without a doubt, this was Ken’s most challenging and complex design. In the late 1800’s, the renowned Benno Orenstein and ….
…. read more

.…. return to Members and their Projects page

"ANNOUNCEMENT" – NORMAL SERVICE HAS RESUMED. Look forward to seeing you at our next Public Running Event Sunday 5 Junefor more info ....